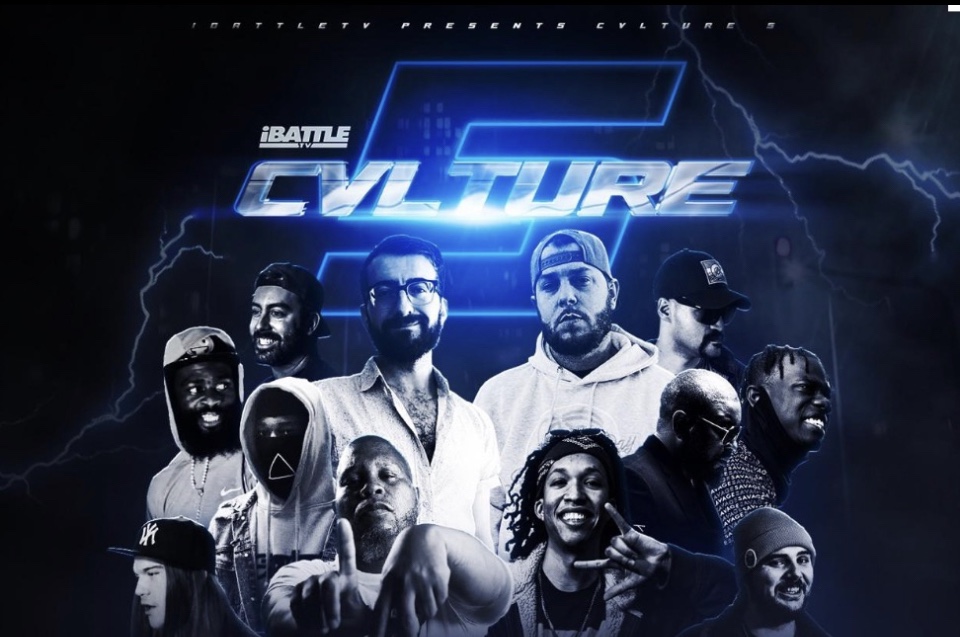 Big Salute to Lexx Luthor for having another successful year in his league. iBattle closes the year with their 30th event for 2022, (Yes you read that correctly) And for the grand finale of 2022, Lexx has the return of Soul Khan, after a 3-year hiatus to headline against A.Ward, one of the best battlers in the game right now. A.Ward registers his 2nd iBattle headliner vs the Grind Time Veteran.

Look let’s be honest, Soul Khan’s previous performance against Dizaster in 2019 on KOTD’s Town Bidness card was an abomination and it was precious time that we will never get back, but I have no doubt that he would be able to make the adjustments in a more friendly environment that is welcoming to his style. It would actually take a real conscious effort for Soul Khan to be worse than his Dizaster performance, but because battle rap only goes by your last transaction or what have you done for me lately, this puts a massive expectation curve on A.Ward to “dominate” in this battle.

The expectation curve is the most unfair rubric battle rap fans can cast upon the emcees. At the end of the day, battle rap is extremely nuanced and it is an any given day sport. So to expect so little from Soul Khan is also unfair. Soul Khan showed all the adjustments and found himself in a great environment to embrace his style & A.Ward is one of the most consistent battlers walking on the planet right now and continues to show how powerful and versatile his skillset is. They both put on an entertaining and competitive battle that was filled with angles, a ton of twisted humor, and a multi-syllabic dream house.

The Battle is now available on the i-battle App. Their membership is $25 which comes with great value and access to all of the PPVs they do in a month. But if you are only interested in seeing this individual battle, there is also an option to only purchase A.Ward vs Soul Khan for $5.99. And I’m here to say, you won’t have any buyer’s remorse paying for this battle.

A.Ward sets the tone for the battle and demonstrates what it means to have tailored writing. A.Ward’s first round is essentially opening up the theme for how he wants to attack Soul Khan for the entirety of the battle. A Complete display of character Assassination.

A.Ward opens his first round by breaking down who Soul Khan used to be and who he is now,
“You built your whole platform off of  homophobic slurs and racial and derogatory flips sun. And it kills you that you get booked for that Soul Khan and not this one.”

A.Ward has a dope scheme about democrats & republicans that lead to a haymaker “You say something outta left field I don’t like, you getting a real Christian right you can tweet about.”  Ward built a bunch of momentum for himself and starts to masterfully weave in and out of different rhyme schemes to bring in some effective punch lines.

A.Ward round really stands out when shows his ability to chain punch very effectively, especially when he finds a rhyming pocket that he’s comfortable in. The back to back to punches with the office line & and the deep-into-pockets bar were the biggest highlight of the first round.

“Chill he’s(Chili) on the floor like a scene from the office / I’m the Dream Pick, like Hakeem setting Screens for the rockets / you see this? a Jewish Cat that can’t get deep into pockets/” – A.Ward

Ward continues to attack Soul Khan and gets into a little bit of a bag of giving him some Real Talk!
“Couldn’t hit the grocery store cause we were broke in prayer/ and the Carr couldn’t start like the Oakland Raiders.”- A.Ward

Soul Khan is able to instantly capture the room using the shock value of disrespect. He tells A.Ward if he keeps talking the way that he is his adjectives are going to be “bloody and Dead.” And the aggression in his delivery for the intro of his round was delivered with such intensity that instantly makes the whole room react. Soul Khan is ready to take full advantage of this burst of energy from the crowd that he’s created.

He pivots to some more disrespectful lines by talking about Jesus. Ah yes, the good ole reliable move in the playbook for whenever you battle any of the IV Horsemen. But Soul Khan telling A.Ward “Stop Dick Riding Jesus.” is just INSANE. LMAO

Soul Khan mimics A.Ward’s slogan with a high pitch voice and it was hilarious! Soul Khan is rhyming well while displaying some solid material about Christianity while also adding some humor in the middle of all his punchlines. Soul Khan wins the room over with this one line
“You know what Jesus would do? he would be a jew.” – Soul Khan

Soul Khan decides to also focus on attacking Ward’s religion and also wins the crowd over when he makes a couple of subtle references to coming out of the closet. Someone in the crowd yells out “Talk That Bisexual Sh*t!”  Soul Khan is giving your ears a multi-syllabic organism with a bunch of great rhyming after building up so much momentum for himself. His delivery, disrespect, and shock value really make this round competitive.

Soul Khan almost ended his round and A.Ward jumped in anticipation but misstepped because Soul Khan was finishing his slogan. And Soul Khan yells at him to “STFU.”  Soul Khan easily does a complete 180 from his Dizaster performance with this one round alone, but I still give this round to Ward for having a more cohesive writing structure, better angles & better punchlines.

A.Ward doesn’t open his 2nd round with a rebuttal, which was a little shocking at first. But it’s clear this was another performance where A.Ward wanted to make a statement, that he can win battles without his immaculate freestyle abilities. Just like he did in his battle with Reed Dollaz.

A.ward starts the round by focusing on Soul Khan’s bisexuality. “Soul Khan’s name is Noah, and I guess that it’s true, God promised him a Rainbow and he wanted 2 of everything too.”

A.Ward also reveals Soul Khan’s middle name is Abraham, and he has a field day with the name flips. But the large scope of his round is attacking his sexuality. This was a good theme to attack when you largely consider the fact most of Soul Khan’s battles from a decade ago are filled with homophobic slurs. Khan would drop F-bombs any chance he could, and Ward holds up a mirror to him this whole round so that Soul Khan can see, he became everything that he used to criticize and make fun of.

“Soul Khan spent his whole career bashing gay people just to come out of the closet and end up with them. idc how terrible you talked about Jesus in the last round, release the pent-up tension/ Judging by your track record, in 9 years you just gonna end up Christian.” – A.Ward

Soul Khan opens his second round with a rebuttal to all of the Noah bars. The Rebuttals were subtle but a solid attempt.
Soul Khan took an interesting approach to criticize A.Ward’s wordplay and writing in his Ill will battle. How A.Ward abused the Will/Wheel name flips, so Soul Khan gets into a segment about wheels, while it opened up very well, it felt a bit repetitive, but Soul khan has the ability to drop a joke at any time in his round to break the tension of any of his schemes not landing to garner some reaction to get into a new set up. Soul Khan uses some of the jokes to transition into a couple of multi-syllabic acrobats, which was really dope!

Soul Khan had another powerful flip to A.Ward’s slogan “I agree This is a style clash, Fire… Trash. Why Can’t your Pastors keep their hands off a child’s…ass.”  This leads to Soul Khan’s bar about “Christians are like the 95 Bulls of Molestation.”

And once again, Khan uses jokes to break up the monotony of his punchlines and he did find a smooth way to bring back a perfect pun related to the wheels, as he mentioned in his round by Calling A.Ward a great value Real Deal. “We should call him Wheel Deal.”

The content wasn’t potent enough for me to say Khan was able to take this round clearly, But from the array of subjects he presented and brought it all back full circle (No wheel pun intended) I edge Soul Khan in the 2nd round, This round is still close, and Ward had some of the better punchlines, but I felt this was the most repetitive round from both parties.

A.Ward doesn’t necessarily rebuttal to start his third, but he had a very clever freestyle that led into a perfect transition for his third-round angle. Soul Khan had a bar about the Chicago Bulls and Ward says “I never really rocked with Jordan, I was a Kobe fan.”

And the transition was so perfect, it almost feels scripted. A.Ward opens an angle about Soul Khan’s lack of empathy during Kobe Bryant’s tragic helicopter accident. Soul Khan decided to take to Twitter after Kobe’s passing to attack his character. Soul Khan almost went viral for his distasteful words, at a time when the entire world was grieving. Khan deleted his tweet after receiving a ton of backlash and deactivated his Twitter account to stay away from the online responses to his criticism.

“You suppose to be a caring, free spirit and love everyone, Not an Attacker/ In a time we were supposed to Console, Soul Khan has got it backwards.”

He turns around and asks Soul Khan, how would you feel if someone had these types of words for Pat Stay after he passed away? And he basically points outs all of Soul Khan’s contradictions in all the people he talked down on.
“you do talk-downs, I do walk-downs, spot the difference/ now lowering your casket is the last time you can be condescending (Khan descending).”

Masterful angle by A.Ward that fit the entire theme of his 3 rounds. Writing Structure & theme for A.Ward this whole battle. (Rip Kobe Bryant)

Soul Khan instantly openly tries to rebuttal about how he has apologized for those words. But truth be told, the damage was done and Kobe fans ain’t trying to hear that.  Soul Khan does have a unique attack on A.Ward doesn’t understand what it’s like to be depressed and shouldn’t speak on behalf of people who suffer from depression. Which was the best segment of his third round. Soul Khan gets back into his multi-syllabic flips for a handful of bars at the end of his round and while the rhyming was impressive, it wasn’t direct or potent enough to overpower what A.ward presented to him the third.

And I have A.Ward walking away with this battle, winning the first and the third round.

An awesome battle with a dope back and forth, that will leave you walking away feeling like you got your money’s worth. 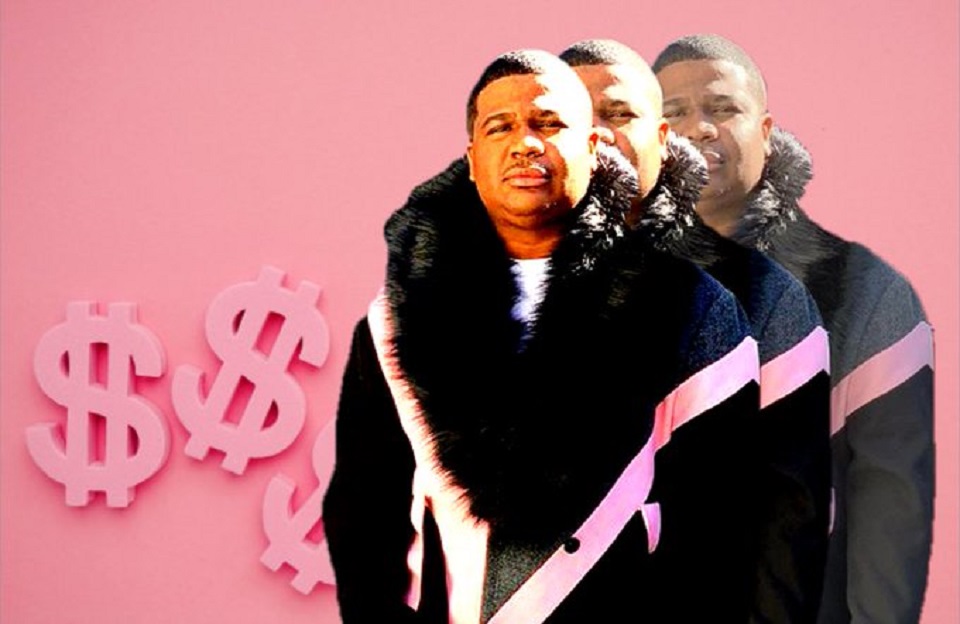